9 reasons why you should love pigeons

Who doesn’t love the underrated pigeon?! We have lots of them at the Cemetery Park, so here are NINE PIGEON FACTS: 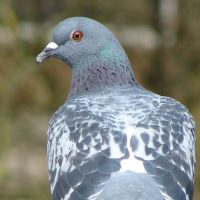 1. Like humans, street pigeons have a complicated courtship, and they rub and lock their beaks together. Happy breeding season!

2. They are employed as unpaid street cleaners. Previous jobs include:
– 1941-1953: missile guide
– 1859: Charles Darwin’s inspiration to write On The Origin of Species
– 6th century-1996: wartime messenger

3. Feral pigeons, city pigeons, streets rats, lovely roundbois – whatever you call them: they only exist because humans got involved. They are descended from domestic pigeons that have returned to the wild. The domestic pigeon has been around for over 5,000 years, and was originally bred from the wild rock dove, which naturally inhabits sea-cliffs and mountains. They’re all still the same species, Columba livia, and will happily interbreed. 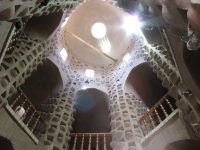 4. There are some extremely cool dovecotes and pigeon homes around the world. This pigeon tower (کبوتر خانه or kabutar xâne) is in Meybod, Yazd province, Iran. It’s about 200 years old and has space for 4000 birds. It was built to collect eggs, and bird poo (guano) used as fertiliser. It’s three stories high, and there are hundreds of little niches for each pigeon to sit. It has seven balconies on each floor, so people can reach to pick the eggs from each niche. The pigeons have their own seven little doorways at the top of the tower, and there’s a hole in the domed roof to let sunlight in. Like lots of buildings in Meybod, the tower is made using the wattle and daub construction method, which gives the building a very organic and old feel. It also means the pigeons stay cool in a hot climate! One of our staff can confirm it’s nice and cool inside, even when it’s hot out.

5. Skills include:
– navigation using human-made structures
– travelling on human public transport
– recognising themselves in a mirror
– fly up to 92.5 mph – 148.9 km/h
– play ping-pong (without a bat)
– defacing statues of horrible humans

6. Pigeons aren’t dirty – they don’t carry more diseases than any other animal. There is no risk to human health from wild pigeons, unless you’re going to touch their fresh poo regularly and not wash your hands. You’re more likely to get a disease from your own pet.

7. If you ever see a pigeon stuck in a shop window, help the poor thing out! They’re quite easy to pick up (cover their wings with your hands) and put outside, just wash your hands after.

8. People who keep pigeons are called pigeon fanciers. For centuries, some pigeon fanciers have taken part in pigeon racing. A group of local fanciers will put their best pigeons in a basket, send them 100-1000 km/62-620 miles away on a specially modified lorry, and whichever pigeon gets back first, wins. Pigeon racing is popular in Belgium, China, Taiwan, Iraq and lots of other countries.

9. If you think football players are overpriced, Belgian racing pigeon New Kim sold for €1.6m (£1.4m) in November 2020, to a Chinese bidder. Fingers crossed she gets paid in very fancy seed.