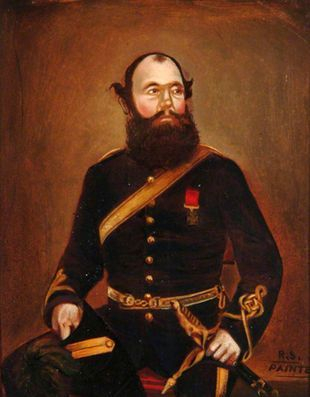 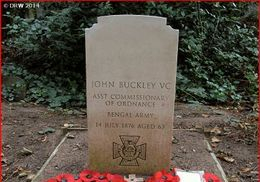 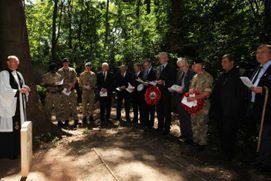 The Victoria Cross is the highest decoration awarded for ‘most conspicuous bravery, or some daring or pre-eminent act of valour or self-sacrifice, or extreme devotion to duty in the presence of the enemy’1. Awarded only 1,356 times from its inception in 185, the VC takes precedent over all other British decorations and medals.

John Buckley V.C. (May 24th 1813 – July 14th 1876) was born in Stalybridge in Cheshire. After working in the textile industry, he joined the Bengal Artillery and was posted to India in June 1832 as a gunner. Living in Calcutta, he married twice and raised 8 children, but tragically his first wife and 5 of the children died. In 1857 Buckley, his second wife and 3 surviving children moved to Delhi where he was appointed Assistant Commissary of Ordinance in the British East India Company and employed at the Delhi Magazine. The Magazine stored guns and ammunition for the British forces in the city.

When the Indian Mutiny broke out in May 1857, the mutineers targeted Delhi and Buckley and eight other soldiers were left to defend the Magazine. Buckley’s commanding officer reported back to his Colonel that

‘Buckley…. loaded and fired in rapid succession the several guns…. firing at least four rounds from each gun, and kept up a continuous fire of musketry on us within forty or fifty yards. After firing the last round… Buckley received a musket ball in his arm above the elbow.’2

Realising the hopelessness of their situation, the soldiers decided to destroy the ammunition to prevent it falling in to the hands of the mutineers. Miraculously, Buckley and three others survived the explosion which destroyed the building and all the ammunition. Buckley was captured by the mutineers, who informed him that they had killed his wife and children. He begged his captors to kill him; a request they refused due to his bravery at the magazine.

Buckley managed to escape, rejoined the British forces and then volunteered for various dangerous missions, presumably in the hope of an early death. He was promoted to the rank of Lieutenant in 1858. When he fell gravely ill, he was granted two years leave and during his return to England he received his VC from Queen Victoria at Portsmouth. In 1861 he returned to India with the rank of Major.

Buckley’s final years were spent in Poplar and he was buried in an unmarked public grave the City of London and Tower Hamlets cemetery in 1876. He was later commemorated with a memorial by the War Graves Commission.