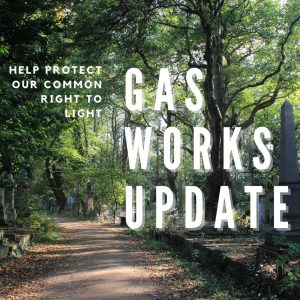 We led a public campaign to seek a dramatic reduction in the height and scale of the buildings to minimise the detrimental effects they’ll have on wildlife and the local community. Over the last year, we’ve been in negotiations with the developers – and we’ve made some real progress!

On the 19th January 2021 the LBTH Planning Committee met and voted unanimously to approve the Bow Common Gasworks development planning application as resubmitted in July.

While we are pleased that the height of certain buildings was reduced, we’re still disappointed that the changes have not been as significant as we’d have liked.

As part of the planning agreement, the Friends of Tower Hamlets Cemetery Park have been allocated some financial mitigation. The agreement notes that we are due to receive £375,000 over the course of the development (c. 12years) to help mitigate against the detrimental impacts of the development. We will make use of this money to enhance existing habitats and create alternative habitat provision in the Cemetery Park for those species that will be irrevocably harmed. We’ve also secured a written condition on the development which states that we are to be consulted on any proposed lighting for the gasworks buildings and site. This will allow us to work with St William to reduce the impacts of light pollution on the nocturnal environment of Tower Hamlets Cemetery Park and its surroundings. We consider this a small win.

We’d like to thank everyone who has supported our campaign and lots of thanks and appreciation to Olivia, who supported Ken in the campaign. The work will continue for us over the coming months and years and we’ll keep you posted!

Diagram showing the changes in height to the proposed buildings 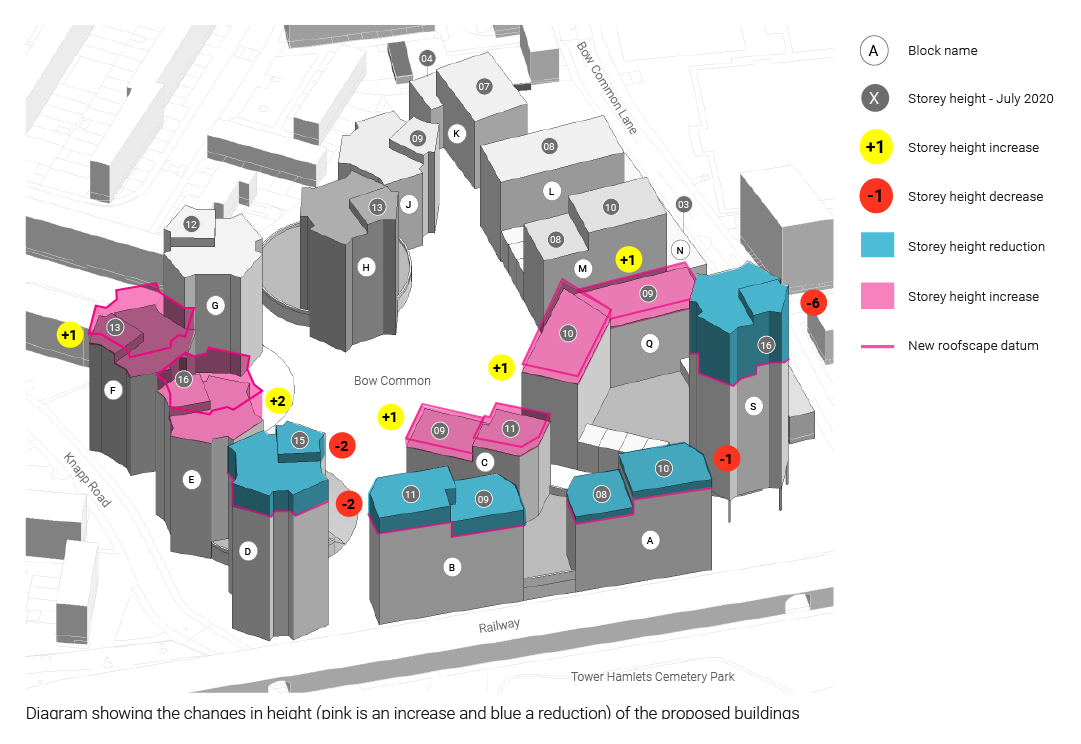 What we’ve achieved so far

The developers submitted updated plans to the council for review. The proposals include reducing the height of a number of the blocks as shown in the diagrams above and in our progress update. A second online public consultation ran until Sunday 20th September. Although there was some great progress in reducing the impact of the development on the Cemetery Park, we continue to have concerns about:

You can find out more detailed information in our campaign newsletters: Call to action – February 2020 and Progress and next steps – August 2020.

Thank you again for your help, without people-power, none of this would have been possible!

St William Homes LLP, part of the Berkeley Group, are proposing to build 1,286 new homes on the Bow Common Gasworks site on the south-east edge of Tower Hamlets Cemetery Park. 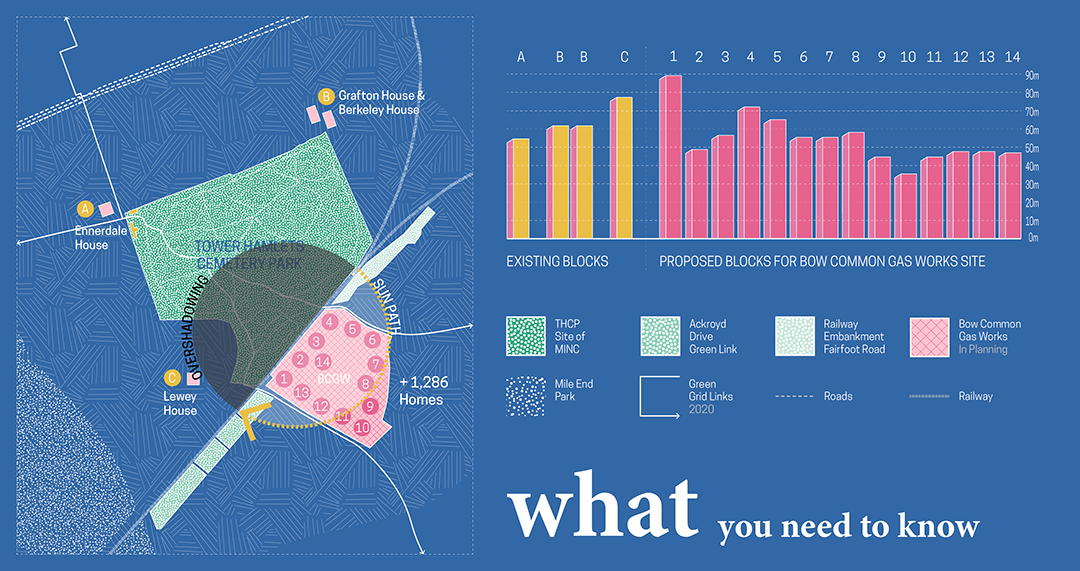 The development will directly affect Tower Hamlets Cemetery Park and the surrounding community in the following ways:

The Friends of Tower Hamlets Cemetery Park want to make sure that local residents are aware of the scale of the development, and the destructive impact it will have on the park and the local homes.

You can also donate to support our work at Tower Hamlets Cemetery Park and other green spaces we work in across Tower Hamlets.

Progress and next steps newsletter – August 2020