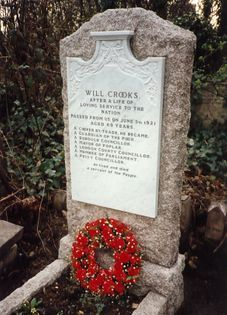 Will Crooks was the first Mayor of Poplar, the fourth Labour MP, and worked tirelessly to change conditions for the poor. He became so well-regarded that his funeral in 1921 was attended by thousands and filmed for cinema news.

Tower Hamlets Cemetery Park is ‘last home’ to many prominent social reformers, some raised in the East End and some drawn to change the appalling conditions they witnessed. Find some more here. 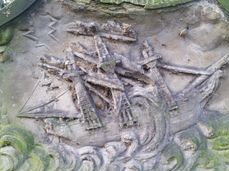 We have many people with connections to the army, navy, merchant marine or River Thames who are buried or commemorated in THCP. Find out about one decorated veteran here. 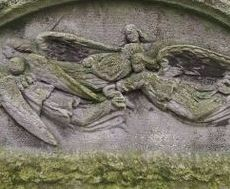 There are superb stone carvings in the Cemetery Park. What are their meanings and symbolism? Find out here.