Uncovering the Secrets of the Cemetery Park – Part 1 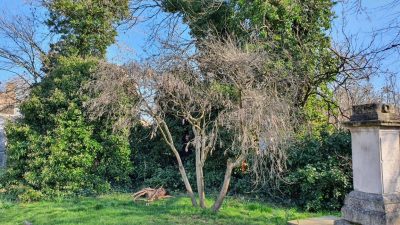 A few weeks ago on a beautiful Winter day (although it certainly felt like the beginnings of Spring), the team at Tower Hamlets Cemetery Park undertook a huge task. For as long as any of our team could remember, there was an enormous ivy bush located opposite the Soanes Centre that hid some amazingly beautiful monuments. Whilst the ivy was incredibly beautiful to look at and provided a home for some of our woodland creatures, the ivy weighed a tonne and was without a doubt starting to add to the deterioration of the monuments underneath.

The team weren’t 100% certain what lurked underneath the ivy although it was clear that the monuments were of some beauty. Hints of granite and the outline of an angel were visible on close inspection. No-one could remember seeing them in the 30-something years the Friends of Tower Hamlets Cemetery Park has existed.

Armed with loppers and saws and a lot of wheelbarrows we slowly began to chip away at the ivy, ensuring that we stayed well away from the stone itself. We steadily revealed the stones and the stories they contained but not without many hours of hard work to get there. The first grave to be revealed was a vault with beautiful (although very weather-worn) gothic arches carved into the side. The vault belonged to Robert and Jane Wagstaff of West Ham, then Essex. Robert died in 1847, making his monument one of the earlier graves found at the Cemetery Park.

With a lot of hard graft, we managed to reveal 6 monuments of varying sizes from underneath the ivy. Some were stunning and intricately carved whereas others were more simplistic and simply marked the location of the family vault with corner posts. We discovered the Welch family, the Brien family (including their 6 month old son Frank who died in 1865 and was buried at Abney Park), and the Clements and Walker families of Leytonstone whose patriarchs were described in the records as ‘gentlemen’.

Work is already beginning to uncover their stories with the help of our dedicated heritage team of researchers. We’ll continue to work to clean and conserve the revealed sculptures and ensure that their inscriptions are recorded for prosperity. We’ll share their stories with you as we discover them!

If you’d like to join the team and help to uncover the stories hidden underneath our feet, please get in touch on heritage@fothcp.org and as always if you’d like to donate to ensure that our monuments are cared for and preserved for future generations please visit https://localgiving.org/donation/fothcp. 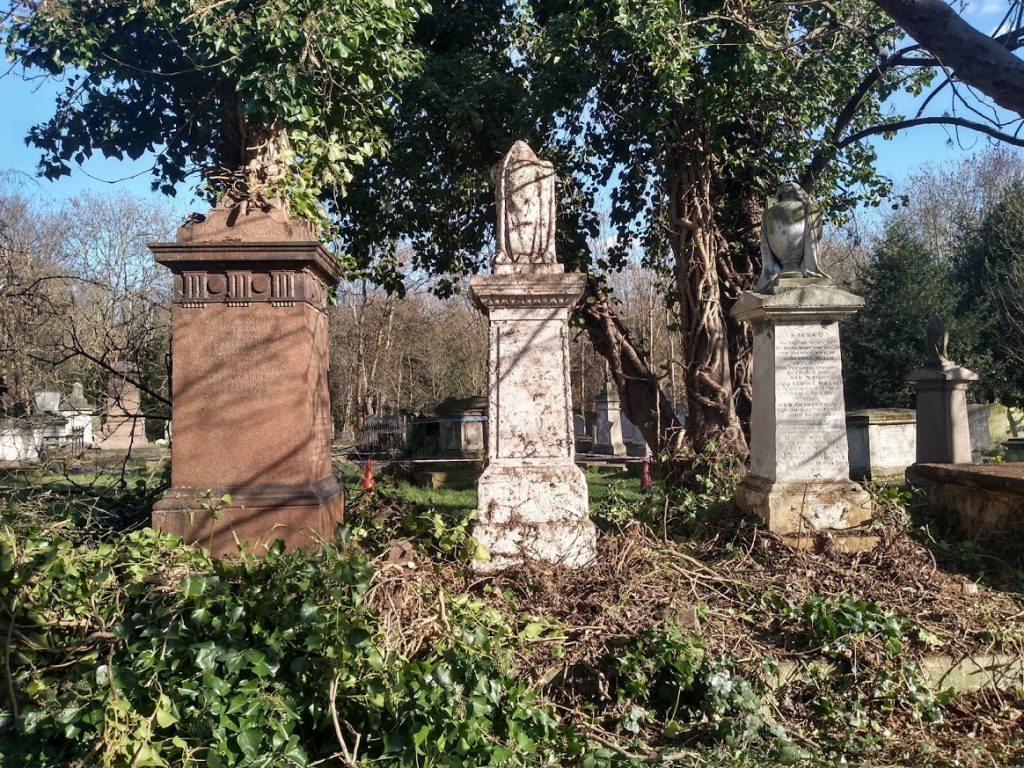