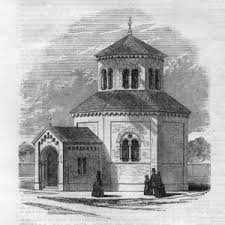 Before the Victorian era, all of London’s dead were buried in small urban churchyards, which were so overcrowded and so close to where people lived, worked and worshipped that they were causing disease and ground-water contamination.

An Act of Parliament was passed which allowed joint-stock companies to purchase land and set up large cemeteries outside the boundaries of the City of London. There were seven cemeteries, the ‘Magnificent Seven’  which were laid out about the same time (1832-41). As well as The City of London and Tower Hamlets Cemetery (now Tower Hamlets Cemetery Park), the ‘Magnificent Seven’ also included Highgate Cemetery, where lots of famous dignitaries are buried, Nunhead, Kensal Green, Brompton, West Norwood,and Abney Park.

The City of London and Tower Hamlets Cemetery opened in 1841, set up for the purpose of profit-making as well as the sanitation and health of the City. The site design was inspired by the garden cemeteries movement and both the landscape and the original buildings were designed by architects Thomas Wyatt and David Brandon. The original buildings included a lodge, Anglican Chapel, Byzantine style Dissenters’ Chapel and a Mortuary, all of which were demolished over the years, as well as the surrounding Grade II listed wall that still stands today. The cemetery closed in 1966 after the cemetery company ran into financial difficulties.

The site contains over 350,000 burials and thousands of monuments and headstones including 7 that are designated as Grade II listed by Historic England. 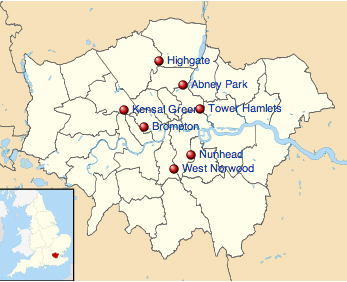 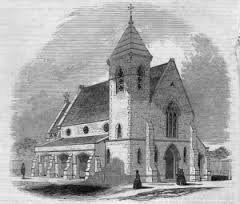